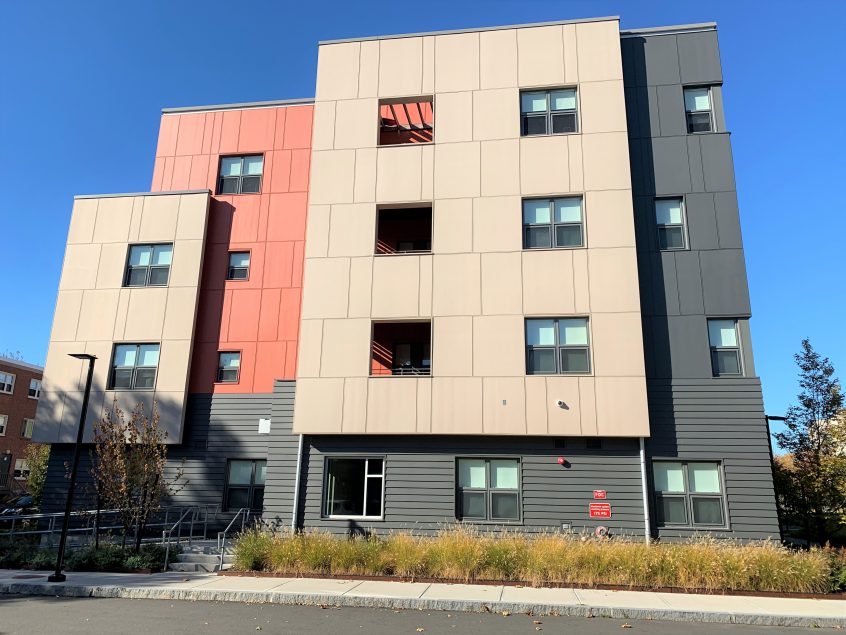 The Cambridge Housing Authority’s Jefferson Park property in North Cambridge is being nominated by the Boston Society for Architecture (BSA) for the 2021 Harleston Parker People’s Choice Award. Jefferson Park is the first public or affordable housing structure to have been nominated for this award commending architectural beauty.

According to the BSA, each year, a jury is asked to award the Harleston Parker Medal, which recognizes “the most beautiful piece of architecture, building, monument, or structure built in the metropolitan Boston area in the past 10 years.”

Vote today and cast your support for Jefferson Park by clicking here. Voting ends this upcoming Tuesday 1/25 at 11:59 PM.

Jefferson Park is a $51 million redevelopment of CHA’s state public housing development. Plans included the demolition of 108 units of obsolete housing, to be replaced with 104 units of newly constructed, deeply affordable housing subsidized through by an allocation of project-based vouchers provided by CHA. Construction started in January 2016 and was completed in August 2018 at this award-winning site.

Video Tour of Four CHA Properties, Come on in!