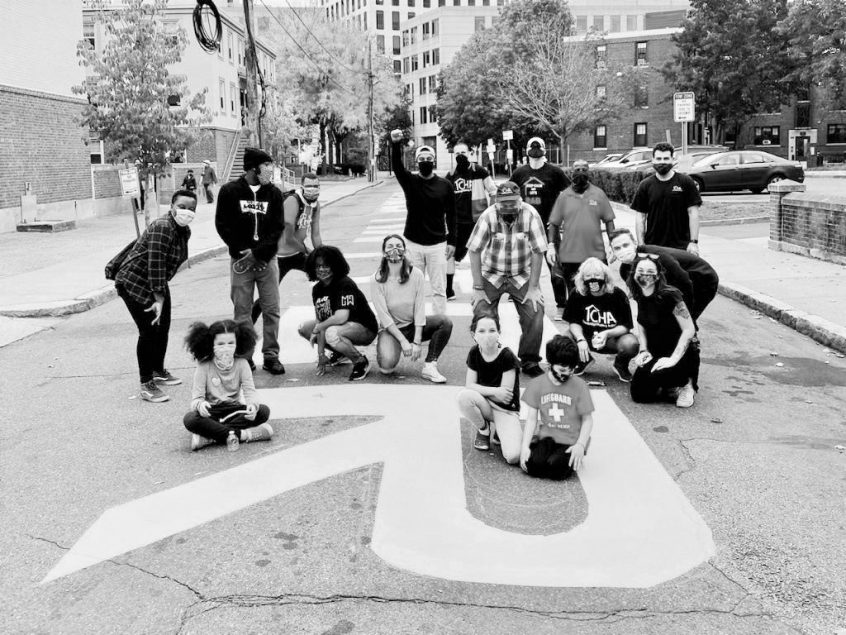 On June 3, 2020, the Cambridge Housing Authority released a written public statement in support of calls across the country seeking justice for the then-recent killings of Breonna Taylor, George Floyd, and Ahmaud Arbery at the hands of law enforcement. The peaceful protests, attended by millions of unified Americans, brought a renewed push to the issues of racial inequities and unfair treatment toward black and brown communities.

In the statement, the CHA acknowledged the difficulty and sadness that many of its staff members were dealing with at the agency in trying to cope with the heated racial climate, before concluding, “We stand with those who are actively and peacefully demanding a system that is equal to all and free from abuse of power, because in order for all lives to matter in America, black lives must matter too.”

Once the statement was issued to the public, a collective void and curiosity was felt throughout the agency: Now what?

“Something immediately felt incomplete when I pressed send to get the statement out,” said Luis Vasquez, Senior Program Manager for Communications and Customer Service. “It was as if we owed our community and employees something more substantial and action-based. We had to be about it, not just talk about it. It didn’t take long for employees to respond back to the email expressing the same desire. Within days, the agency’s first-ever Diversity, Equity, and Inclusion Committee (DEIC) was formed to help guide the agency on these matters and more.”

Vasquez, alongside Rashida Golden Jolly, Senior Program Manager for Customer Service and Compliance, serve as Co-Chairs of the DEIC.

The DEIC is comprised of employees from various backgrounds, departments, and experiences. Executive Director Michael Johnston is a sponsor. The group’s mission is to:

Celebrate the power and agency of authentic experiences and self-identities. Pillars of this committee are centered around reflection, honesty, and promoting dialogue to compassionately reach forward-thinking solutions and policies that can address systemic inequities or healing. This dedicated collective further demonstrates the Cambridge Housing Authority’s reaffirmed commitment to uplift individuals and groups who are affected by these issues and who, undoubtedly, allow our workplace and communities to flourish in an equal manner.

Upon completion of a flawlessly executed event attended by CHA personnel, city officials, residents, and community members, the CHA family and DEIC could finally breathe a sigh of relief as the unity and positivity from what had just transpired finally set in and helped to affirm the positive impact of being about more than just housing can have.

“I am proud of our committee’s efforts and dedication to being part of the change-making process.” Jolly stated.

The following video, created by Chris Goodhue and Nick Surette on behalf of Central Square BID, captures the spirit and unity of the Cambridge Housing Authority’s BLM Community Art Project.