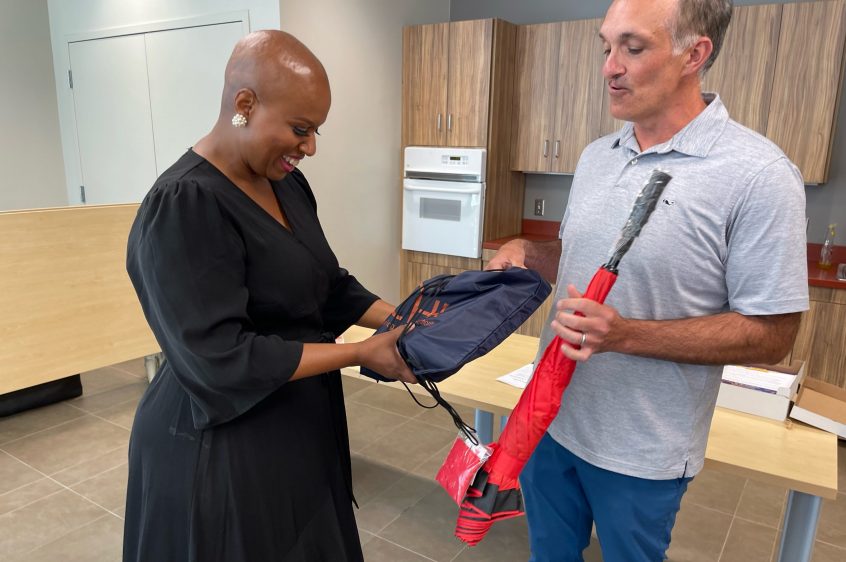 Congresswoman Ayanna Pressley made her return visit to the Cambridge Housing Authority, this time, bringing coffee to residents at Manning Apartments in Central Square and providing key updates, while answering questions from those who attended.

Among attendees were building residents, building staff, and members of the CHA Central Office located up the street from the property.

Since taking office on the national stage, Congresswoman Pressley has continued to solidify her relationship with the CHA and those being served by the agency across the city.

“I was so impressed by her honesty and kindness. The residents were so happy to see her, so many smiles.” said CHA Executive Assistant, Nick DeSouza. “It was clear they felt incredibly valued to have someone like her in the room who was ready to advocate on their behalf.”